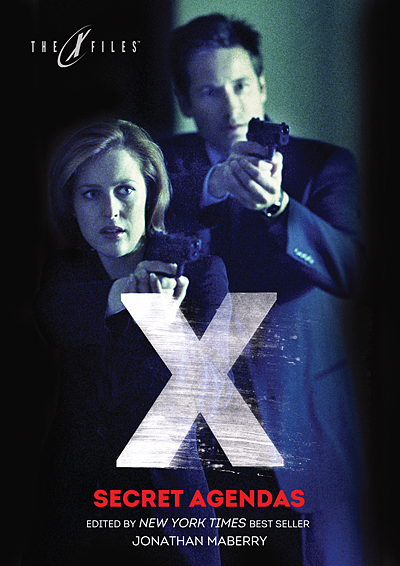 Secret Agendas, the third volume of X-Files short prose from IDW Publishing once again includes a varied mix of tales that range from the good to the very, very bad. Read on for our spoiler-filled review.

Containing 15 stories from a range of authors including Joe Harris (writer of the ongoing X-Files comics series), John Gilstrap (NYT best-selling author and screenwriter) and Yvonne Navarro (Aliens: Music of The Spheres) - Secret Agendas was always going to be another mixed bag. This collection focuses mostly on cases set during the early years of the original TV series run, specifically between 1993 and 1998, but does include one modern tale set in 2015. Some of the dates struggle to fit into the established timeline of the show, such as the final story of the collection which has Mulder and Scully out on a case together in 2002, but given that previous collections have contained clear AU stories, the canon status of these books has always been in doubt.

Looking first at the best of the book, I was particularly taken by Stryzga, which has Mulder and Scully investigating a strange death at a secluded summer camp in the woods and did a great job of twisting the story in an unexpected, but very X-Files way. An Eye for an Eye pulled off a classic gross-out horror tale, even if the investigation was a little too easy, while Perithecia succeeded in telling a brand new conspiracy tale without over complicating matters.

Transmissions would have ranked very highly for me if it didn’t draw so closely to the plot of “Wetwired,” as would Grandmother Black Hands - an interesting tale of Native American lore - which was let down by some rather odd choices including Scully effectively bribing a deputy. Love Lost is a very strange story that brings back a few old favourites including Marita Covarrubias and Alex Krycek (all the stranger given that this is the 2015 case), and introduces us to Scully’s high school boyfriend Marcus whom we first heard about so briefly in "Small Potatoes.” The story explores the older Scully’s emotions at his reappearance after so many years, making it one of the most interesting and touching in the collection, yet I couldn’t help feeling that Marcus’s story was just too contrived to fully engage with.

At the other end of the spectrum, A Scandal in Moreauvia, or: The Adventure of The Empty Heart which saw Mulder and Scully jetting off to England to investigate a Sherlockian case with none other than Phoebe Green was hilarious for all the wrong reasons, and All Choked Up succeeded in repeatedly dragging me from my comfortable suspension of disbelief thanks to Skinner’s insistence on calling our heroes Fox & Dana, Scully’s bizarre ninja fighting moves against the Smoking Man, and a revelation about what lies below the J. Edgar Hoover Building that belongs more in a National Treasure movie than The X-Files. I also have to admit that Thanks and Praise was the first story from all three volumes that I simply gave up on finishing.

As with the previous two X-Files short story collections, Trust No One and The Truth is Out There, Secret Agendas gives us a wide range of both storytelling and quality. However, where it is let down, there is always something to pull it back up and it is always wonderful to join Mulder and Scully in yet more forays into the bizarre happenings of small town America - even if you might occasionally find yourself laughing at the ridiculousness of it all. Philes, add this one to your Christmas lists and hope that Santa puts you on his Nice List this holiday season! 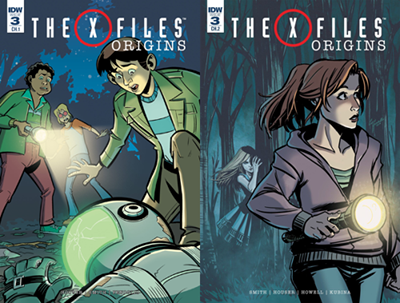 In issue three of "The X-Files: Origins", available now from IDW Publishing, Mulder and Scully’s stories begin to intertwine as the two teens unravel more of the conspiracies surrounding them. Read on for our spoiler-filled review of Origins Part Three. 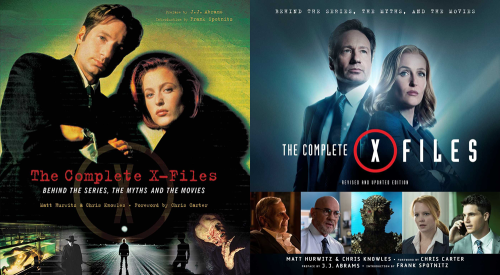 Back in 2008, Insight Editions published "The Complete X-Files: Behind the Series, The Myths and The Movies" - a large, hardback book that explored The X-Files in glorious, full-colour detail. Following the broadcast of Season 10 earlier this year, "The Complete X-Files" was no longer quite so ‘complete.’ Now, however, the book has been re-issued as the Revised and Updated Edition to include all the latest additions to the X-Files universe, so we took a look at the new edition.

The original book spanned the entire history of the show, from its inception through the release of I Want to Believe, and was filled with photos, behind the scenes information, quotes, and reminiscences from the people involved with the show including Gillian, David, Chris, and countless writers, directors, producers and more. Although known to be riddled with typos, the book remained an interesting and beautiful book for Philes who wanted to revisit the show.

'The X-Files: Came Back Haunted' Part Two - Recap and Review 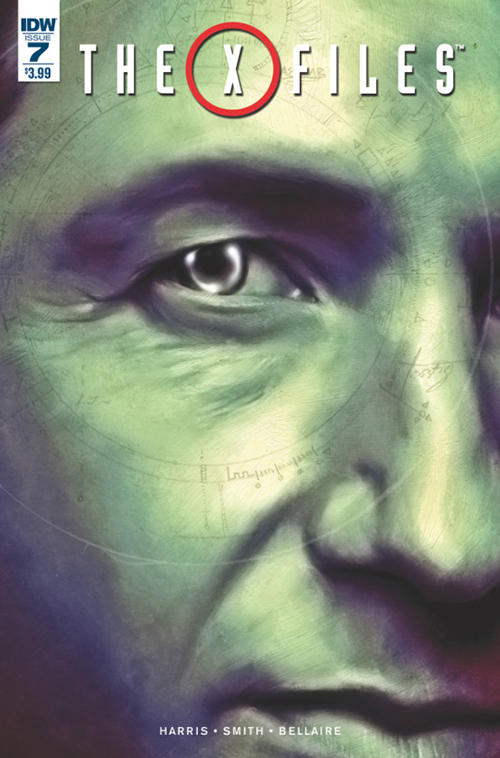 Last month, Joe Harris began a journey down a dark and mysterious path. This month, he continues laying the groundwork and starts revealing some secrets from this intriguing case. “Came Back Haunted - Part Two” is the second in a five-part series and looks like it could be shaping up to something pretty cool. Hit the jump for the spoilerific recap and review.

Issue number two of "Origins" continues the separate stories of 12-year-old Fox and 13-year-old Dana as they investigate mysterious and tragic goings-on around their childhood homes.

When we left young Fox in the woods at the end of issue #1, he was face-to-face with a bright, possibly paranormal, light. Issue #2 opens with the discovery that the source of the light is nothing more than a flashlight. Unfortunately for Fox, the light is being held by his father. Bill Mulder takes the boys home and reprimands Fox for being out in the woods at night, softening slightly on hearing that his son was following people into the woods in the belief that they might be the same ones who took his sister several months earlier. He quickly sends his son to bed after banning him from hanging out with the other boys.