Review: The X-Files The Official Collection, Volume One 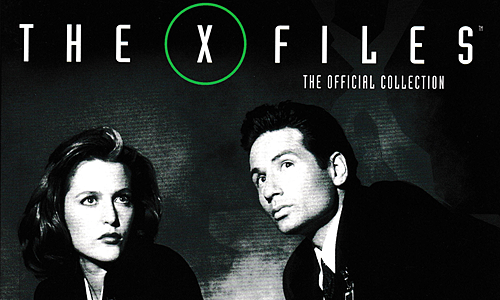 If you were an X-Phile back during the original TV run of The X-Files, you may have bought The Official X-Files Magazine. Published originally by Manga, then by Titan, the magazine ran from 1995 to 2002 and brought together interviews, features, competitions, and comic strips, along with other features you’d expect from a show magazine. The magazines were fantastic for fans back in the day, and make for great reading today when we can cast a nostalgic eye back over them, yet if you are new to the show you have probably never read an issue. Throughout 2016, Titan Comics is releasing three volumes of The X-Files: The Official Collection, collating many of the best features from the magazines. Read after the jump for our review of Volume One. 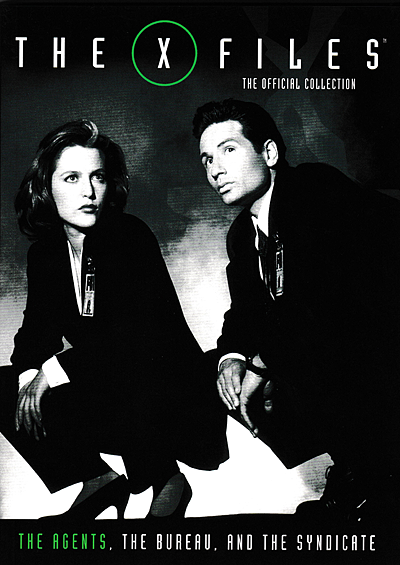 Volume One of the Titan Comics collection, which was released in January, focuses on The Agents, The Bureau, and The Syndicate and offers a wealth of insight into some of our favourite characters and the actors who portrayed them. On the side of the “good guys” there are interviews with Gillian Anderson, David Duchovny, Mitch Pileggi, Robert Patrick, Annabeth Gish, and more along with profiles of Scully, Mulder, and Skinner. On the “bad guy” side the collection offers interviews with William B. Davis, Nicholas Lea, John Neville, and James Pickens Jr., amongst others, plus character profiles for Krycek and the Cigarette Smoking Man.

Away from the interviews and profiles, there are reprints of features from the magazine that offer a deeper look into the show, and some that are simply a lot of fun. Two of the most interesting features are tours of Mulder and Scully’s apartments which offer up lots of little details you may have missed in the background, like the photo of set decorator Tim Stepeck’s grandmother hidden in one of Scully’s photo frames. The “How to Be The Next Agent Mulder/Scully” features are fantastically funny, with advice offered up such as “have more lives than a cat” (Mulder), “have absolutely no respect for authority” (also Mulder), “be prepared to sacrifice everything” (Scully), and “don’t have a life” (both!)

On a more serious note, the book also includes features on the real FBI. There is a history of the Bureau that begins with its founding in 1908, continues through famous cases like John Dillinger and Al Capone, and the negative years of the Warren Committee, Watergate, and the results of the Church Committee, through to the organization's high around the conviction of Timothy McVeigh. There is also a fascinating, if short, interview with former FBI agent Robert K. Ressler who founded VICAP and spent over 20 years getting inside the heads of serial killers. Ressler also worked as a consultant for Manhunter and The Silence of The Lambs, and his insight is a highlight of the whole book. 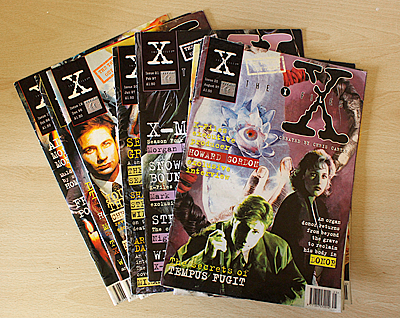 Volume One concludes with a number of brief show guides. The first offers single-sentence recaps of every episode, and the "Shipper News" looks at some of the best shipper moments from the show’s history, with episodes like "Triangle", "The Unnatural", and "Detour" getting obvious mentions. The final article, “The X-Files: 20 Coolest Moments”, includes many scenes that are more tragic than “cool”, however, there is no arguing with their choice for number one: “‘Bad Blood’. The whole episode. ‘Nuff said.”

This is a great collection, especially for fans who may have joined the X-Files fandom after the magazine stopped publishing, or for older fans who may have, *gasp*, thrown away their old magazines! One thing I would have loved to see given the long run of the magazine would be original publication dates beside each article. Many of the features include clues regarding when they were published, (Skinner’s profile includes mentions of “Provenance” and “Providence”, placing it somewhere during season nine), but others require more guesswork. Another thing I would have liked is for the photos to have received an upgrade. Although I appreciate that the book is reprinting original pieces, many of the pictures are so grainy and low-resolution they are hard to look at. With the recent HD upgrade of the whole series, it would have been awesome to see these features with new, hi-res photos instead.

Volume Two of The X-Files The Official Collection - Little Green Men: Monsters and Villains is also available now, and Volume Three: Conspiracy Theory - The Truth, Secrets & Lies is due for release on June 7.