Here at XFN we are ten episodes into our Millennium rewatch and so, it's time for a look back at the show so far. Read on for the answers to some of the questions you might have about this show, and details of the ongoing re-watch. 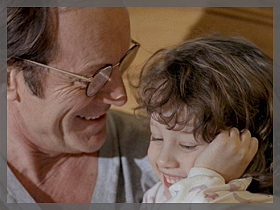 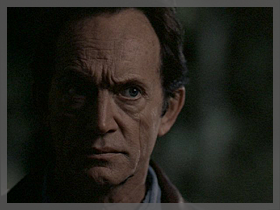 Who is Frank Black?
Over the last few weeks we've been introduced to Frank Black and the binary world he inhabits. On the one hand we see his happy family life with wife Catherine (a clinical social worker) and their five year old daughter Jordan. They live together in the 'Yellow House', a beautiful, bright family home in suburban Seattle that's about as far from the horrifying scenes Frank sees in his work life as it is possible to get. Frank is a retired FBI agent who now works as a consultant for the Millennium Group, an association of ex law enforcement workers who help out on unusual or difficult cases. He is a gifted profiler who can get into the heads of offenders and sees visions of "what the killer sees" when visiting crime scenes or presented with physical evidence. Frank considers these visions to be non-supernatural although he doesn't seem 100% convinced by his own statements.

Who are the other characters?
The two of the main characters we have been introduced to are Catherine and Jordan Black. Catherine is establishing herself as a social worker and occasionally shares case work with Frank. Although she was very much a minor figure at the beginning we're now beginning to see her become more rounded, she's even had an episode (The Well-Worn Lock) focusing on one of her cases with Frank on the sidelines offering support. Jordan is a fairly typical, if overly cute and perfect, five year old. It has been vaguely hinted at that she might share in her father's ability to see visions.

Other recurring characters so far include Detective Bob Bletcher from the Seattle police department who often calls Frank in to consult on cases, and Peter Watts - Frank's main contact at the Millennium Group who occasionally works cases with him or provides resources. Neither have been fleshed out in any real way and only show up when they are needed to advance the plot. Several other Millennium Group members have put in appearances, but so far none have returned for subsequent episodes. 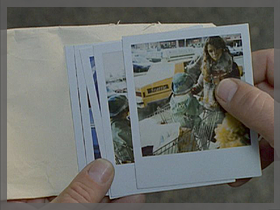 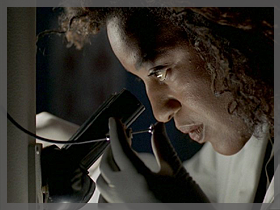 What are the ongoing plots?
So far the series has mostly consisted of monster-of-the-week style episodes with very little running on throughout. In the pilot we learned that Frank retired from the FBI and moved his family from Washington D.C. to his home town of Seattle after a mental breakdown. His breakdown was brought on by his discovery that his family are being stalked by someone who sends him polaroids of Catherine and Jordan, and his own realisation that he was unable to stop danger from threatening his family. We have established that the stalker has moved with the family to Seattle, but nothing more has been made of the situation.

The Millennium Group have so far remained mysterious with very little information given about exactly who they are or what they do. We have met several other group members, some of whom specialise in areas such as forensics (the group appears to have its own labs and staff to run analysis on a variety of evidence) but details on the group are sketchy at best.

Is this The X-Files MK II?
From the very first shot, it's obvious that this is not The X-Files. Although the show deals with many similar premises (most notably serial killers) the approach is darker, grittier, and more down to Earth. The monsters on Millennium have all been uncomfortably human, however episode two, Gehenna, included a discussion about the nature of evil and whether or not it comes from man or is a force in and of itself. Don't expect to see flying saucers or sewer monsters in the world of Millennium.

If a comparison had to be made between The X-Files and Millennium, so far it is closest in tone to X-Files episodes like "Irresistible", "Grotesque", or "Paper Hearts" in that it showcases the evil possible within human beings. Despite this Millennium offers more of a balance for its main protagonist the The X-Files ever did. Where Mulder and Scully went home alone to empty apartments each night (well, until season seven at least) Frank goes home to a loving family which gives him and his life a very different context. 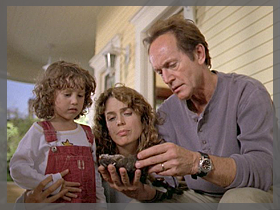 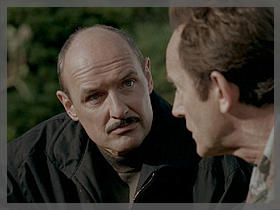 Can I jump in now or do I need to start at the beginning?
Although, as Julie Andrews has noted, the beginning is a very good place to start, so far there are no ongoing and complex plots that would confuse new fans jumping in and joining our rewatch from the next episode. XFN writers @easyqueenie and @synergy3k watch and discuss episodes weekly on Sundays via the Twitter hashtag #XFNMLM, pressing play at 5.30PM EST. Our next episode, "Weeds", which is written by Frank Spotnitz will be on January 25th. We hope you can join us to watch and chat.

Feb 8th: Loin Like a Hunting Flame and Force Majeure