Review: The X-Files Board Game

The X-Files Game is a tabletop game from IDW Games. Far from your average Chutes and Ladders, this game will involve strategy and cunning for the Agents to take down the Syndicate. In true Chris Carter fashion, IDW has pitted those searching for the Truth against the interwoven mysteries of the conspiracy across the United States.

To read our review, and find out all you need to know about playing the game, hit the jump.

Letâ€™s start with the visuals. IDW Games has done an amazing job putting together the graphics of this game. Menton3â€™s artwork on both the front of the box and the Agent credentials look incredible. The box pulls off that dark and broody manner that Mulder worked so well.

Inside, however, the game is filled with color. The actual board is the perfect fit for The X-Files, too. It features a map of the United States, with little scribbled notes on old case locations like Ellens Air Force Base or Area 51. In the bottom right corner thereâ€™s a coffee cup and some sunflower seeds.

Several of the card decks feature artwork from IDWâ€™s Season 10 artists, so youâ€™ll probably recognize some of the art there as well. IDW has done a great job at making this game as packed with The X-Files as they possibly could. There are lots of great little nods to the series all throughout the game. When you open the box to play, itâ€™s clear that Mulder and Scully have been here. 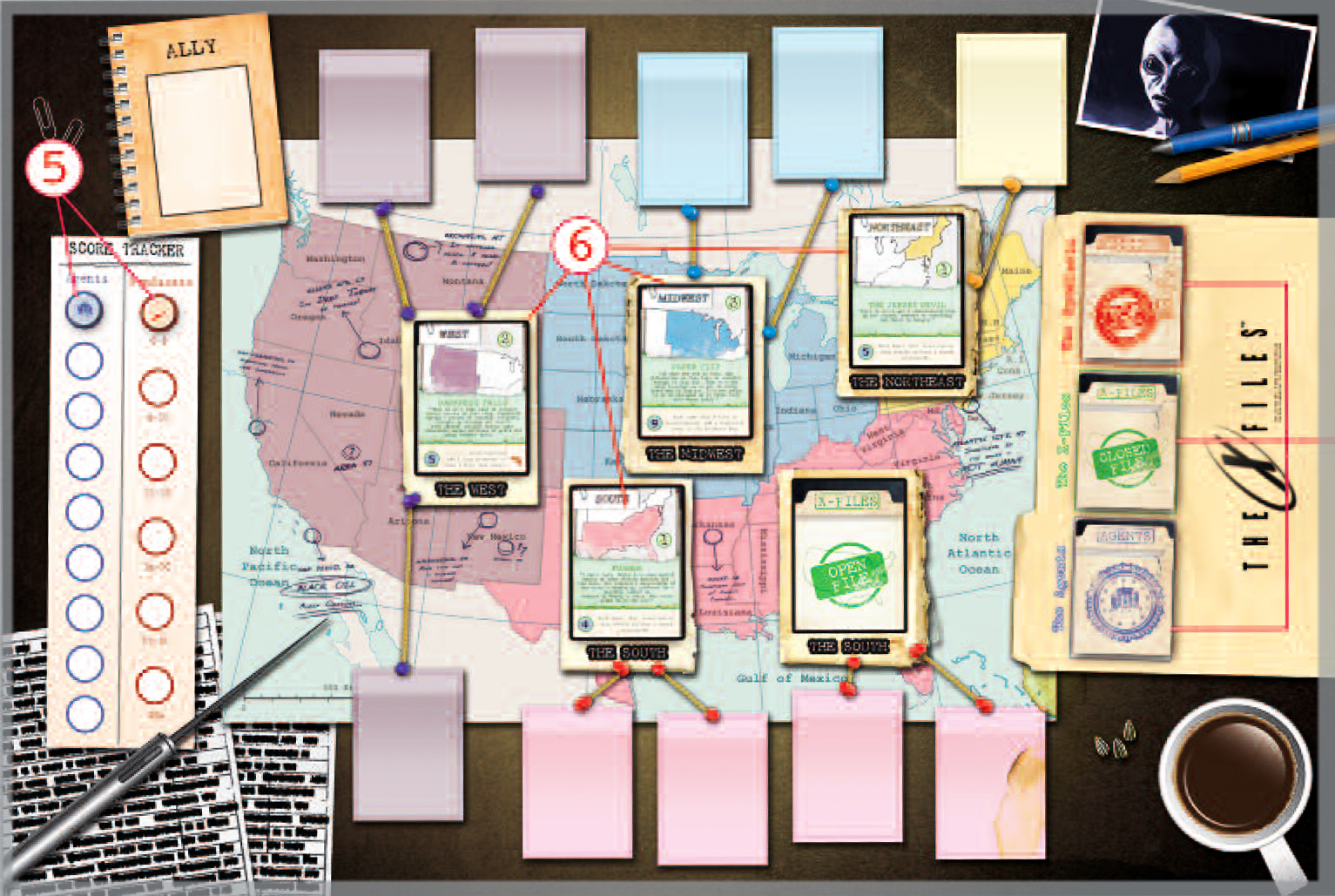 The game allows for two to five players. One to four of these players will be Agents and the other will play the Cigarette Smoking Man. Essentially this is the Syndicate vs. the X-Files division. Mulder, Scully, Skinner, and Krycek can team up against CSM and combine their resources to get to the Truth.

Getting to the Truth takes some work though. Several X-Files cases are laid out on the different map regions of the board depending on the number of people playing. While the Agents work together to play Agent Cards to solve these mysteries, CSM uses Syndicate cards to stop them in their tracks. 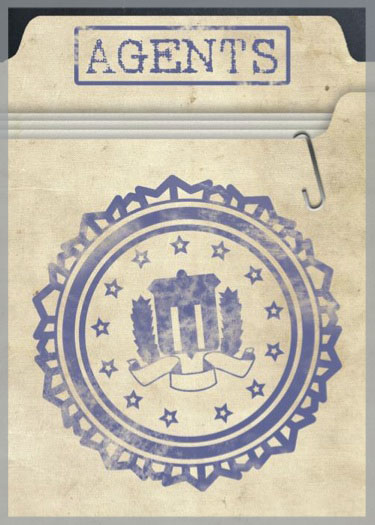 The X-Files cases are easily recognizable from seasons one through three. The Agent deck of cards gives players the ability to investigate these cases through science, the paranormal, politics, and sheer force. These cards will help them gain Progress tokens on a case, and each case has a set number of tokens needed to solve it. Once solved, the Agent who completes the case draws for Evidence tokens from the Evidence Bag in accordance with the caseâ€™s worth.

Evidence tokens help the Agents complete the puzzleâ€”literally. To win the game, the Agents must combine their Evidence tokens to buy pieces of Mulderâ€™s â€œI Want to Believeâ€ puzzle. Once completed, the Truth is finally out and the Agents win the game collectively. However, if Cigarette Smoking Man hides the evidence before the Agents can uncover it, then the Syndicate wins.

There is a lot that can happen between these two endings though. It is imperative that the Agents work together. During each playerâ€™s turn, they have many options. They can start by moving to a region on the board to an open X-Files case or by consulting another Agent. If they consult another Agent, the players can exchange Agent cards. Each Agent has their own strengths and weaknesses. For example, Scully dominates in science, and Mulder is at his best with the paranormal. So if Mulder has an Agent card keyed to science, heâ€™s better off trading that card to Scully because it would cost her nothing to play the card. 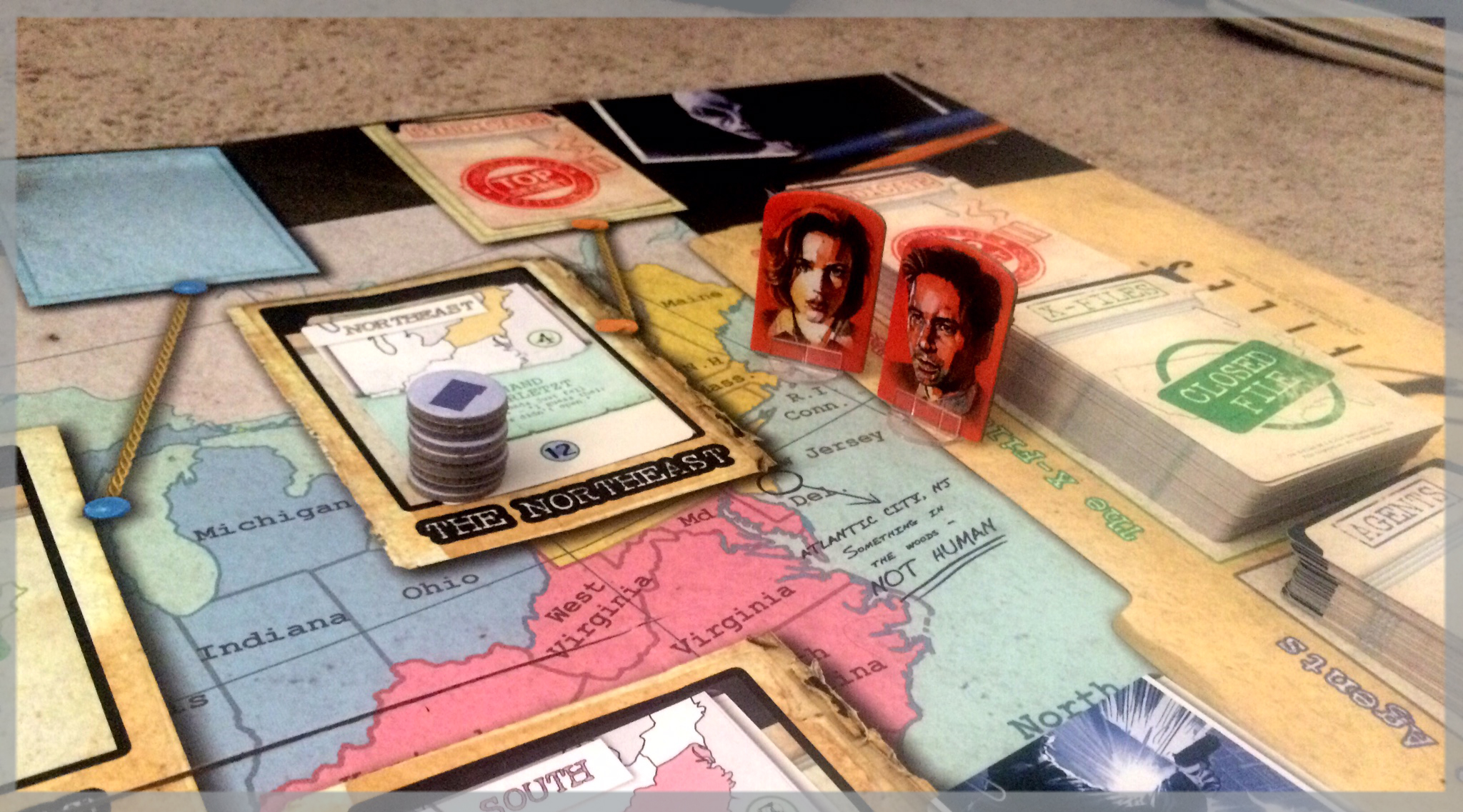 This brings us to the next step of an Agentâ€™s turn. They can now either collect Influence tokens, which are the currency used to play Agent cards, or they can play a card to help solve the case. This is a quick look at the abilities of the Agent players. As you can imagine, with so many steps to the game, there are a lot of chances for clever strategy and planning. The more Agents you have in the game, the more intricate this will become.

While the Agents chip away at the Truth, Cigarette Smoking Man is up to his usual conspiratorial ways. His first goal each turn is to conceal Evidence tokens for every unsolved X-Files case on the map. So the faster those get solved, the fewer chances CSM has to hide the truth. He also gets to replace the Evidence tokens with Cigarette tokens, meaning even fewer chances for the Agents to make progress.

CSM is also responsible for the new X-Files cases that open on the map, replenishing the closed cases with each turn he takes. His last move is to play Syndicate cards onto the map adjacent to open cases. It costs him nothing to place them there, though when he flips them over to reveal their actions at any point during the game, he pays in the Influence tokens that he has been collecting. The effects of these cards range from bluffs to stopping the Agentâ€™s abilities to investigate a case. 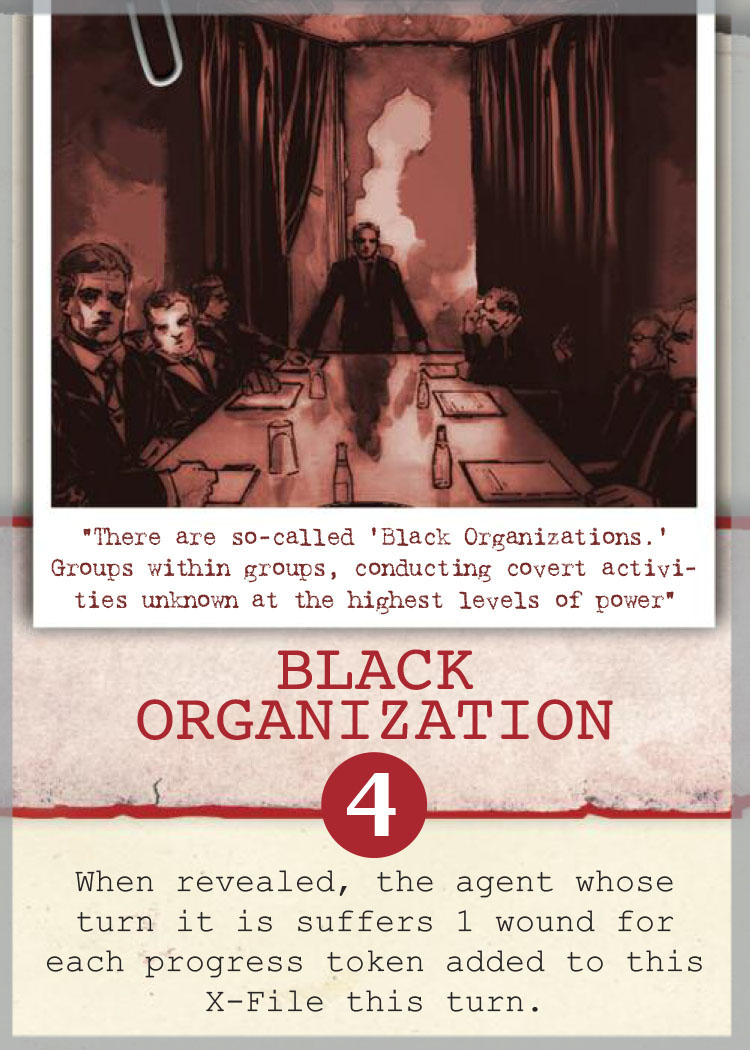 The game is very much a back and forth. Playing off of each other makes for a more exciting game. While the Rulebook allows for two players, in which one person plays two Agents and the other plays CSM, the game is a lot more fun with the most Philes possible. With more people, there are more opportunities for crafty tactics and playing the politics of the game.

With more players, playtime will last longer, and youâ€™ll have more opportunities to delve into all your favorite X-Files cases. You should also make sure youâ€™re playing with some hardcore Philes. Anyone can enjoy the game, but to really pick up on all the nuances and Easter eggs, you have to be a fan. Plus, anyone who has ever been to an X-Files gathering knows that you cannot have a bad time with a group of X-Files fans.

Before you get started though, youâ€™re going to want to take a good read of the Rulebook. Weâ€™ve glanced over the rules here, but there are a lot more to take into consideration. Make sure you understand how to play before you invite over a group of Philes for game night. The initial printing of the Rulebook had a few errors in it, including the misidentification of Evidence tokens as Influence tokens. So to make sure you donâ€™t get confused, use the latest edition of the Rulebook available from IDW Games here.

The X-Files Game is a unique adaptation of the X-Files universe into board game format. There has been a lot of X-Files merchandise sold over the years, and this is a piece you should definitely add to your collection.

Read through the rules, learn the set up, admire the artwork, and get your gaming started. If you have questions, ask us or IDW Games on Twitter. You can buy your own copy of The X-Files Game now. Happy investigating, Philes!