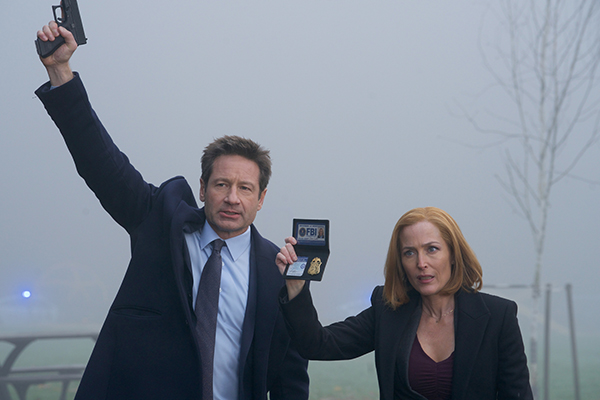 It looks like we're taking another trip to the forest in "Familiar." This was the ninth episode produced but will air as the 8th on Wednesday, March 7th, at 8 p.m. ET and PT. Written by Benjamin Van Allen and directed by Holly Dale, "Familiar" finds Mulder and Scully investigating the brutal animal attack of a little boy in Connecticut but suspect darker forces are at work.

Check out the images in the gallery below and then join us in hiding under the covers until the image of that creepy doll thing fades...