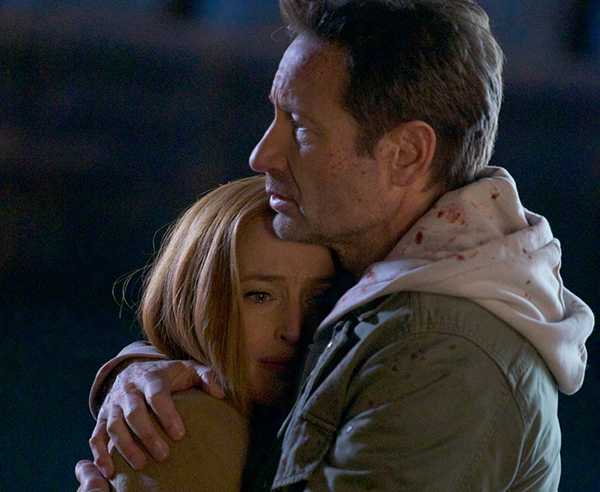 Well, here we are again. Another season come and gone, 10 more episodes together. When we first said goodbye to The X-Files with "The Truth" in 2002, we did so with the hope of more feature films. We got one with "I Want to Believe" in 2008. Many of you participated in fan campaigns with us to push for a third film. We celebrated the revival announcement together in 2015 and rewatched 202 episodes and 2 films in the lead up to Season 10 in 2016. After six episodes, Mulder and Scully were stranded on a bridge, the world ending around them. Surely this wouldn't be the end for our heroes, right? We waited and hoped until the announcement in 2017 that Season 11 was a go. We speculated over photos and trailers and even put our hopes for the new episodes into a fan video. And just like that, it's already time to say goodbye again.

The season finale, "My Struggle IV," was written and directed by Chris Carter. The search for Mulder and Scully's son William is the focus of the episode, which ends in more questions than answers. In the end, many characters could be dead, including William, and Mulder and Scully are grieving but also shocked by one last surprise. That's right, Dana Scully is pregnant again at 54. We leave our heroes stunned and sobbing in an embrace on that cold dock. William pops out of the water and we end.

Like the other "Struggles" before it, this episode left the fans very divided. Some enjoyed the action and mystery, while others argued about out-of-character moments and the separation of Scully and Mulder for most of the story. Some fans had been speculating since "Plus One" that another baby was on the way and that revelation got a lot of people talking! So where do we go from here? Gillian Anderson has made it clear she will not return to play Scully, but Chris Carter has indicated he may be open to more episodes. Once again, the truth about the future of The X-Files is "out there." So until we meet again, thank you for watching with us and sharing your thoughts. You've made this journey so much fun and we're proud to be part of this fandom. I say, for the last time, here are your best tweets.