First and foremost, let me introduce myself to you. My name is Joselyn Rojas, medical doctor by profession, extreme phile by passion, known in the philedom as @JossaDosBichos. The purpose of the #XFScienceSundays segment is to rewatch selected episodes from The X-Files analyzing them in regards to specific aspects of science – physics, chemistry, biology and medicine – and discuss possible explanations for the events shown there.

The "Dreamland" episodes are based on the warping (tearing) of the fabric of Spacetime by gravitational pulls, which leads to the formation of interesting subparticles, specially Faster-Than-Light particles (Tachyons) which are theorized to be able to travel backwards in time according to the observer´s point of view.

During "Dreamland I", they were experimenting with an alien-technology aircraft which used gravitational pulls during its flights by means of antigravity propulsion systems, causing the warping of Spacetime and the swapping between Mulder and Morris Fletcher, a phenomenon which is characterized by memory loss and lost time. Remember the last time Mulder and Scully lost time? Exactly nine minutes?

This gravitational pull could have induced a Naked Singularity, a gravitational singularity without an Event Horizon and therefore can be OBSERVABLE from the outside, which is why we can see it during the show. 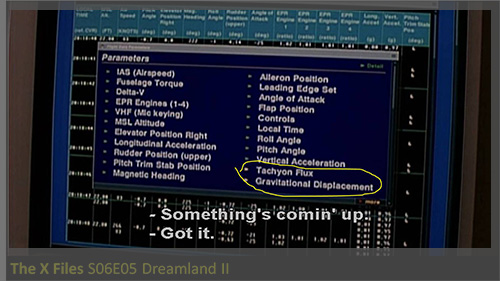 In "Dreamland II", the information obtained from the LGM and MIB helped understand the theory of warping back, and they tried it – warping back Mulder and Morris to their respective bodies. Except two details which never returned to their original state: Mulder´s waterbed and the fused penny/dime.

"Monday" is an episode based on residual quantum effects left from Dreamlands, in which a time loop is developed around the lives of Bernard and Pam. The day starts over and over – fifty one times in total – with Pam being the only human aware of this cycle. She tried every possible way she could figure to loop-out of the day but was unsuccessful. Until the most unexpected outcome was obtained: her own death. When Pam died the loop was broken and Time continued as it should have fifty one days ago. Gravitational pull and warping of Spacetime are still theories in quantum physics, but have been proposed as the fundamental elements in traversable wormholes.

Finally, Tachyons and Faster-than-light time traveling are the backbone for other proposed theories such as the “Alcubierre drive” and warp speed which will be discussed in our next installment, correspondant to the session that took place on Sunday April 26th, 2015.

[list class="checkmark green"][li]Majestic 12 (MJ-12) was the codename for Ovni-related tech research at Area 51.[/li][li]Dreamland is a nickname for Area 51: “Data Repository Establishment And Management LAND".[/li][li]Space has 3 dimensions (x,y,z) while Time has 1, therefore Spacetime is a 4D object in the form of a Lorentzian manifold, the stage where ALL PHYSICAL REALITY occurs.[/li] 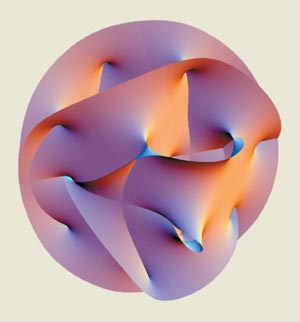 [li]A Singularity occurs when Spacetime stops being a manifold and very peculiar subparticles can be seen in this state, such as Tachyons (FTL), Bradyons (Slower Than Light), and Luxon (traveling AT the speed of Light).[/li][/list]

Favorite quote from this installment:

“Gravitation is not responsible for people falling in love” ~ Einstein
#XFScienceSunday